There Are 6 Retreat Leader Archetypes. What’s Yours?

You Information is 100% Secure And Will Never Be Shared With Anyone.

Discover the Joy of Leading Retreats Your Way!

Do you know you’re meant to lead retreats, but you’re not sure where to start? Have you hosted your own retreats in the past, but they didn’t have the impact on your business you expected? (Maybe you even LOST money?) Are you wanting to shift your 1-to-1 business into a group model with retreats that go deep, but you’re hesitant about whether your retreats will really work? Take this short quiz to discover your Retreat Leader Archetype!

When you know your Retreat Leader Archetype, you’ll know:

What People Are Saying. And thinking! 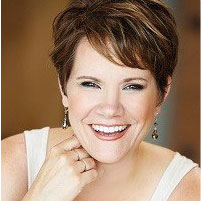 I’ve done workshops for years now, but I always felt like something was missing. It wasn’t until I worked with Darla that I understood what was missing - the transformation! I was giving great information (in typical workshop format) but I wasn’t creating an environment where we could go deeper - the space where lasting change naturally occurs. Following what Darla teaches, I crafted a new retreat that not only got rave reviews from attendees, it was the easiest retreat I’ve ever done. (Who knew that delivering transformation is actually easier and a lot more fun than delivering information?) I can say with confidence that small retreats are one of the most enjoyable, effective and lucrative ways to do great work in the world - and Darla is the master at showing the way. — Tina Forsyth, tinaforsyth.com

I knew retreats were the next step in my business but I didn’t know how to get started. Prior to learning from Darla, I organized my first retreat on my own in the same way that I used to organize my Reiki classes. The tools and guidance from Darla are just so powerful! My very next retreat brought in over $10,000 in sales. I didn’t know what I didn’t know before. Now, I know the retreat format that not only is profitable but offers deep transformation for my clients. Thanks to Darla, I am in love with offering retreats and have several more planned! — Renee Li, reneeli.net 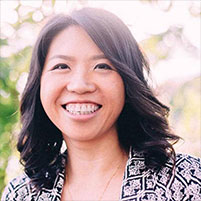 Darla LeDoux is a ‘recovering engineer’ who was called to the world of coaching and transformation through what she now knows to be divine guidance. She resisted the calling for years, afraid of what people would think, until death and divorce forced her hand. After initially playing the online guru + big event game, she again found the strength to go against the grain, offering her work primarily through small and deeply transformative retreats. Darla believes that intimate retreats have the power to heal and transform beyond 1-to-1 work or information alone, and are precisely what’s needed in the world today. She’s on a mission to make it easier for intuitive entrepreneurs to make money through retreats, and claim their place in the global awakening.